Founded in 1979, Hermann J. Wiemer Vineyard is a pioneer of viticulture and winemaking in the Finger Lakes.

The Wiemer estate spans 90-acres of prime vineyard sites on the western slopes of Seneca Lake and the wines are among the most acclaimed in the region. Estate fruit is hand-harvested and hand-sorted, and vineyard qualities are worked in small lots and then blended to create wines of balance and texture. Fermentations rely on indigenous yeasts to ensure each wine embodies the truest expression of site. Our commitment to place draws on the same forward-thinking techniques and respect for the past that has fueled our mission since Hermann’s first block of Riesling was planted over forty years ago. 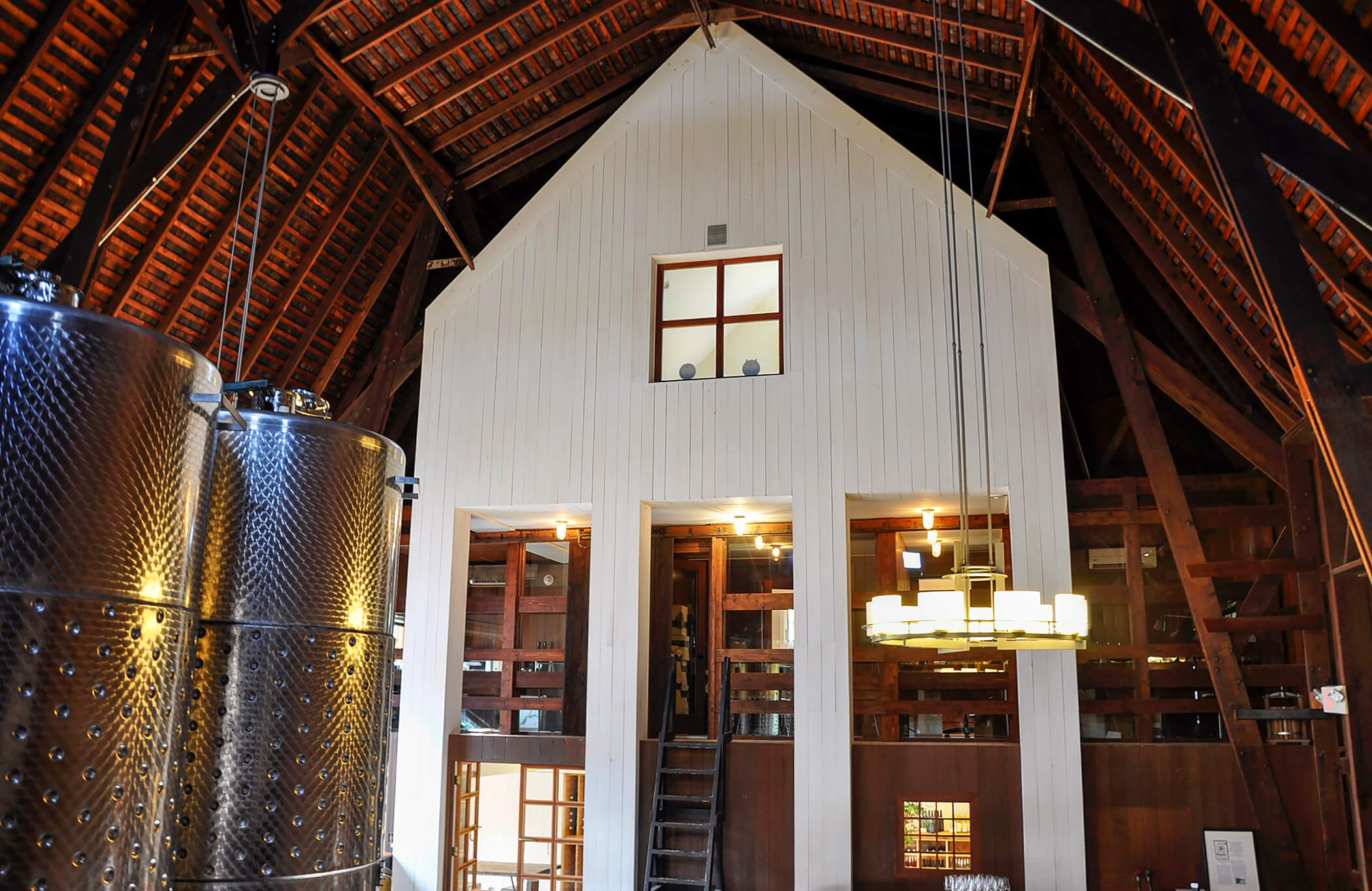 Our namesake & founder, Hermann Wiemer, hails from one of the best Riesling producing areas of the world, Bernkastel, Germany. His mother’s family had been making wine in Germany’s Mosel Valley for more than 300 years and Hermann spent the summers of his youth learning to graft by hand. His father had been in charge of the Agricultural Experiment Station in Bernkastel and was responsible for restoring vines in the Mosel region after WWII. Hermann discovered that the cool climate and gravelly soils of the Finger Lakes were similar to his family’s vineyards in the Mosel Valley. At a time when very few thought it was possible to grow vinifera varietals on Seneca Lake, Hermann believed that the unique soil types and moderating weather effects of the Finger Lakes would make it possible to produce great wines here.

In 2003, Hermann’s apprentice Fred Merwarth took charge of winemaking and vineyard management. Fred’s talent and ambition brought fresh energy and vision to the winery, placing it on a new trajectory. In 2007, Hermann officially retired, handing over the winery to Fred, who partnered with his university friend, Swedish agronomist Oskar Bynke, to carry on Hermann’s legacy. Over the last decade, they have embraced and expanded Hermann’s detail-oriented approach to viticulture and winemaking, extensively working on understanding the relationship between the vines and soils of the Finger Lakes. 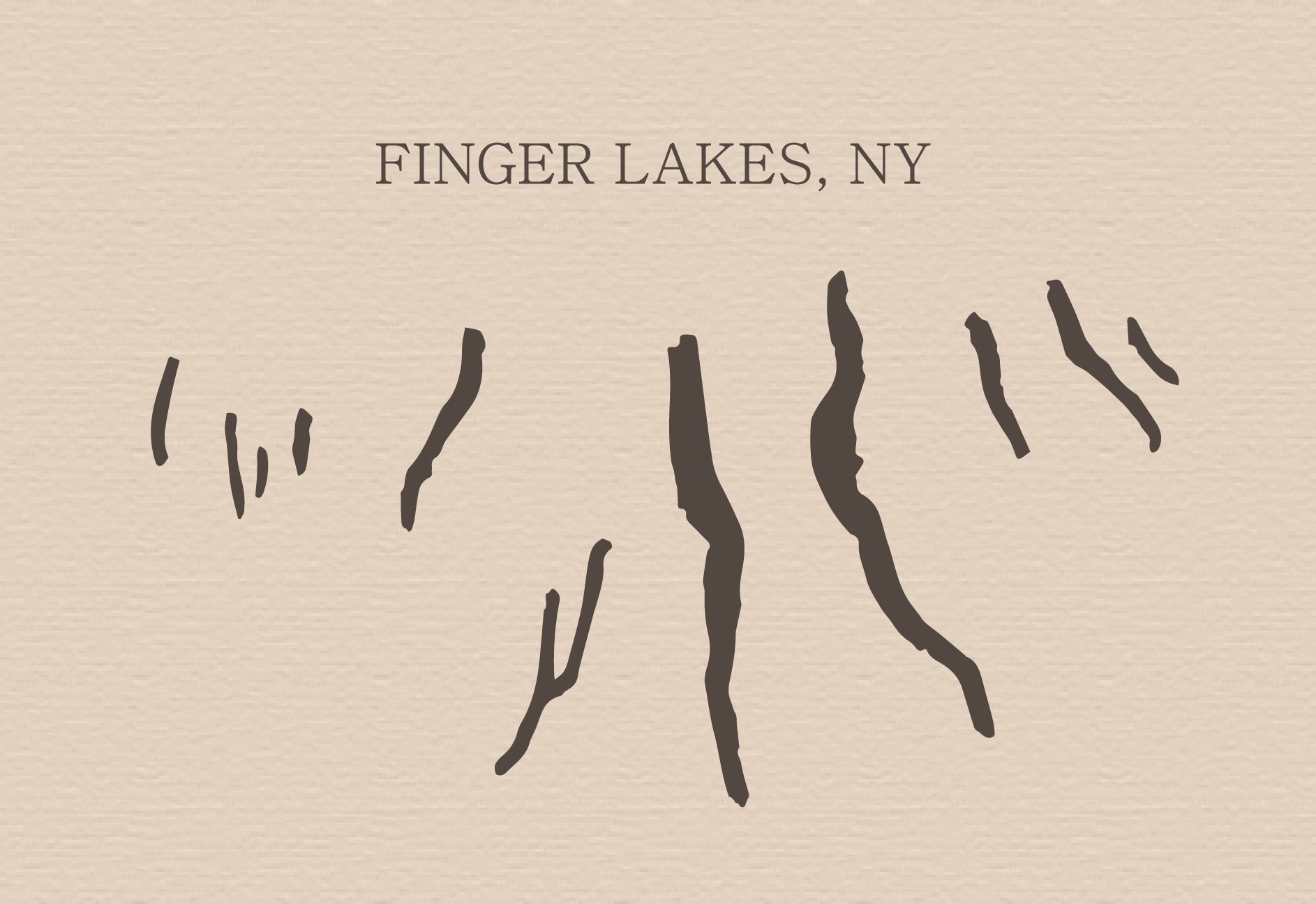 Hermann Arrives in the Finger Lakes

In the 1960s, Hermann took a job offer in the nascent wine region of the Finger Lakes Region of NY. While there, his advocacy for non-indigenous varietals (vitis vinifera) earned a job offer from the infamous Walter Taylor, of Bully Hill Vineyards to become the winemaker. While the two agreed the region should move away from indigenous varietals, Hermann saw the destiny of the Finger Lakes as a haven for vitis vinifera and his childhood Riesling. There were no commercial Riesling blocks on Seneca Lake in 1973 and the land Hermann purchased that year was previously planted with soybeans- not exactly a vinifera bellwether. To figure out what he was working with, Hermann planted a couple of rows with an assortment of varietals and waited for his first tough winter. Lucky for him, he got three in a row!

Our HJW Vine Nursery is at the heart of viticultural innovation for not only our vineyard, but for the Finger Lakes region as well. Founded in 1974, we specialize in custom grafting and supply grapevines to vineyards all over the country.

After a few years of experimental plantings, Hermann successfully plants and establishes 9-acre blocks of both Riesling and Chardonnay. These go on to become the backbone of the estate for the next two decades and are an extremely important part of our production today. This site is renamed HJW after Hermann sells the winery in 2007 and represents both his original plantings, and our proprietary nursery Riesling budwood material. In his family’s home on Christmas Day of 1981, Hermann received a telegram informing him he had been terminated from employment with Bully Hill. In many ways this showed what they both knew: Hermann’s focus was on his nursery, vinifera, and experimenting with Riesling. In 2015, we opened an impressive bottle of the 1985 “Champagne Naturel” to toast Hermann’s 75th birthday and the stories began flowing. True to his roots in German practicality he let on that making Sparkling wine out of Riesling was almost a necessity at the time due to the market’s skepticism of Dry Riesling. In the mid-1980s, after years of putting in the legwork, Hermann established his Dry Riesling and no longer needed to sell the varietal under the guise of “Champagne.” Instead, he focused on the traditional Champagne varietals, Chardonnay and Pinot Noir for our Sparkling production, and the “Naturel” was stashed away. The quality and deliciousness of that bottle inspired us to revisit sparkling riesling 30 years later and we have been making our Extra Brut Sparkling Riesling since 2015! Favorable reviews and mentions in media on a national scale demonstrate the quality wines that Hermann is making in the Finger Lakes Region. Though Dry Riesling remains difficult to market for the coming years, a cult following of critics and fans has been established. Taylor Wine Company planted what is today part our Josef Vineyard in 1974. At that time, Hermann had just started his grapevine nursery and was a few years away from founding the winery. Over the ensuing decades, Hermann would keep his eye on this site in Dresden, NY, just 10 miles north of his own property and vineyard, noting the consistent ripening and protection it received from the lake. Hermann subsequently purchased the Dresden vineyard from Taylor in 1998 and began efforts to restore the site. Fresh out of Cornell University, and inspired by his study abroad program in Alsace, Fred contacted Hermann Wiemer, the local Finger Lakes Riesling producer hailing from Germany inquiring whether he knew of any German contacts for an apprenticeship. Hermann let Fred know that he did not, however if he wanted to come work for him, they could test it out. That “cold call” is part of our Winery’s folklore – since it became quite clear many years later that Hermann did indeed have several friends and contacts in the German wine world. No hard feelings though – a truly special mentorship and friendship was born.

We Eliminate the Usage of Herbicides

To promote the health of our vines, we eliminated the use of all herbicides as of 2003. Instead we use under trellis cultivation for weed management- a mechanical, non-chemical method. This helps to ensure the health of our natural yeast population. Our spray program is environmentally sound and certified organic. We focus sprays on the portion of the plant that the spray is intended. This limits any broadcasting while maximizing vine protection. 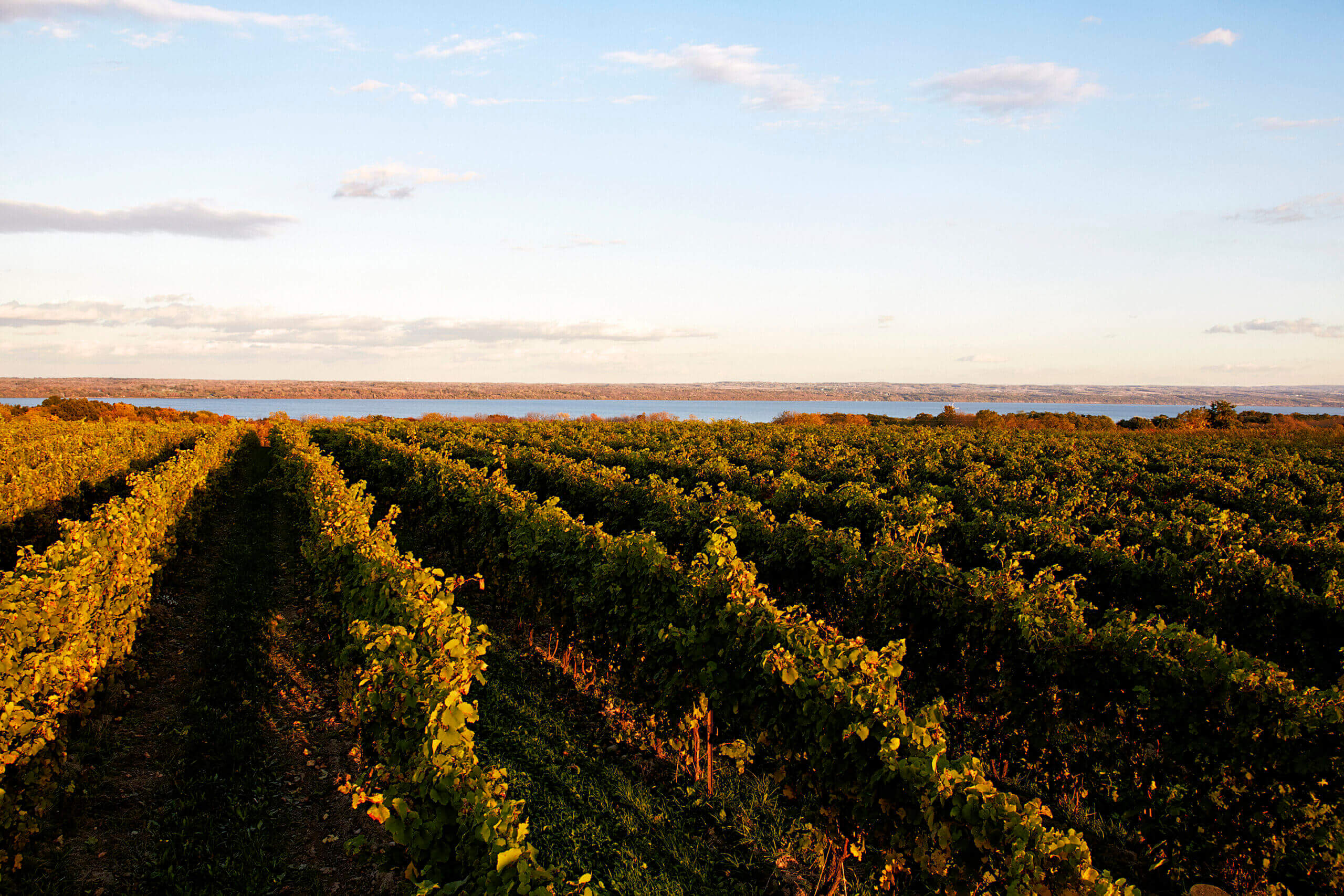 In an effort to work with the contour of the land and increase airflow, we plant in an east to west orientation, perpendicular to Seneca Lake. Five acres of Riesling and Cabernet Franc are planted at 2.5 ft. spacing, our densest planting yet. The Riesling Reserve Dry from 2005 receives the Governor’s Cup Award. In 2007, Hermann officially retired, handing over the winery to Fred, who partnered with his university friend, Swedish agronomist Oskar Bynke, to carry on Hermann’s legacy.

Great Reviews and Initiatives at the Winery

In the ensuing years after Hermann’s retirement, Fred & Oskar work to put the winery on the map as one of the premier Riesling producers in the US. The Planting of Julia Vineyard

We begin our experimental plantings at our Julia Vineyard, separating and planting specific UCD certified Riesling clones and creating a vineyard site specific for our Nursery research. Plantings here will continue to expand over the ensuing years, as we obtain and graft obscure European mountain varieties and create a home for our Nursery “mother blocks.” In the June 2013 issue of Wine Enthusiast Magazine, owners Fred & Oskar were named to the “40 under 40 America’s Tastemakers” list. Wing of the Tasting Room Completed

During the late spring of 2014, we made renovations and updates to the tasting and production spaces at the winery. We conducted a barn-raising of sorts, using the 150 year-old hand-hewn beams from a neighbor’s deconstructed barn and built out our winterized tasting space and covered press pad area. In the summer of 2014, Thijs Verschuuren, who had previously studied and worked in biodynamics in the Loire Valley of France, joined our team and a year later, spearheaded this farming project, at first committing 14 acres at our HJW property and later expanding to the entire 33 acre site over the ensuing years. This project will help us to understand both the effects and efficacy of biodynamic farming and we are currently working towards Demeter Certification for our HJW site in 2020. In June of 2017, we began our journey with Standing Stone Vineyards, an historic vineyard site and winery located on the Eastern slopes of Seneca Lake. With blocks of Riesling and Chardonnay dating back to the 1970s, as well as considerable acreage of the Georgian variety, Saperavi, the site and wines represent out goal of preserving and rehabiltitating historic vineyards in the Finger Lakes. 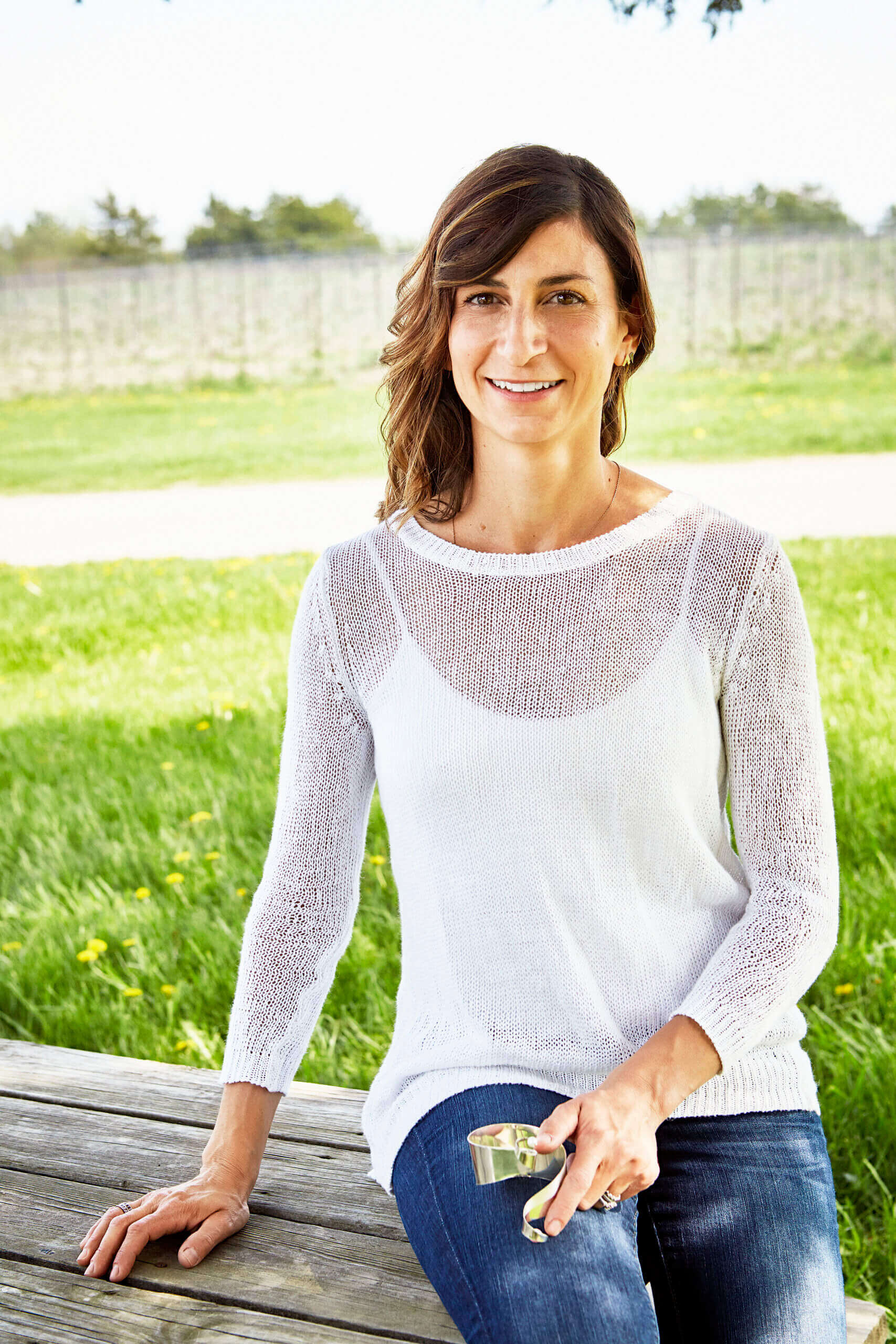 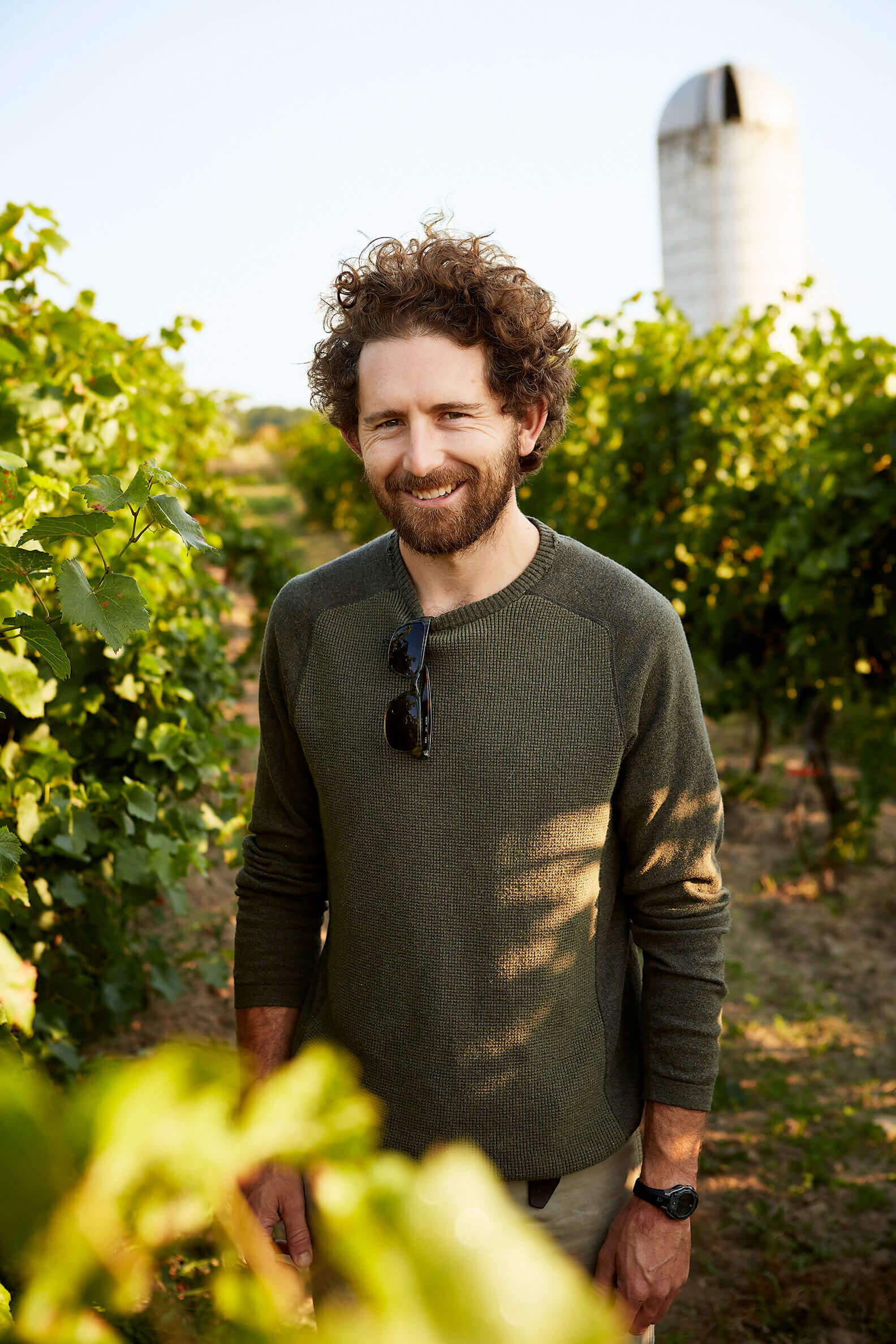 To taste at the winery, please make a reservation - https://www.exploretock.com/wiemer
Due to very cold temperatures, we are temporarily holding all wine shipments - please feel free to place an order and we will ship as soon as the weather allows
CURB-SIDE PICK-UP AVAILABLE! Call (607) 243-7971 to order. Dismiss